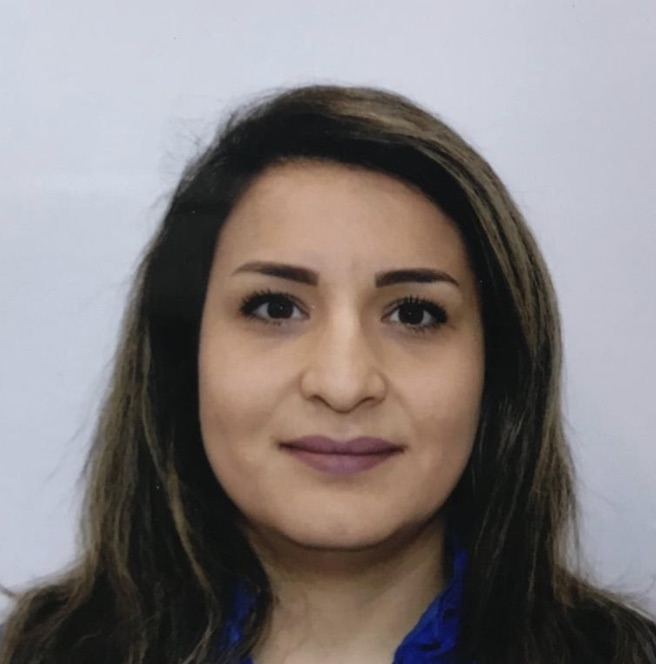 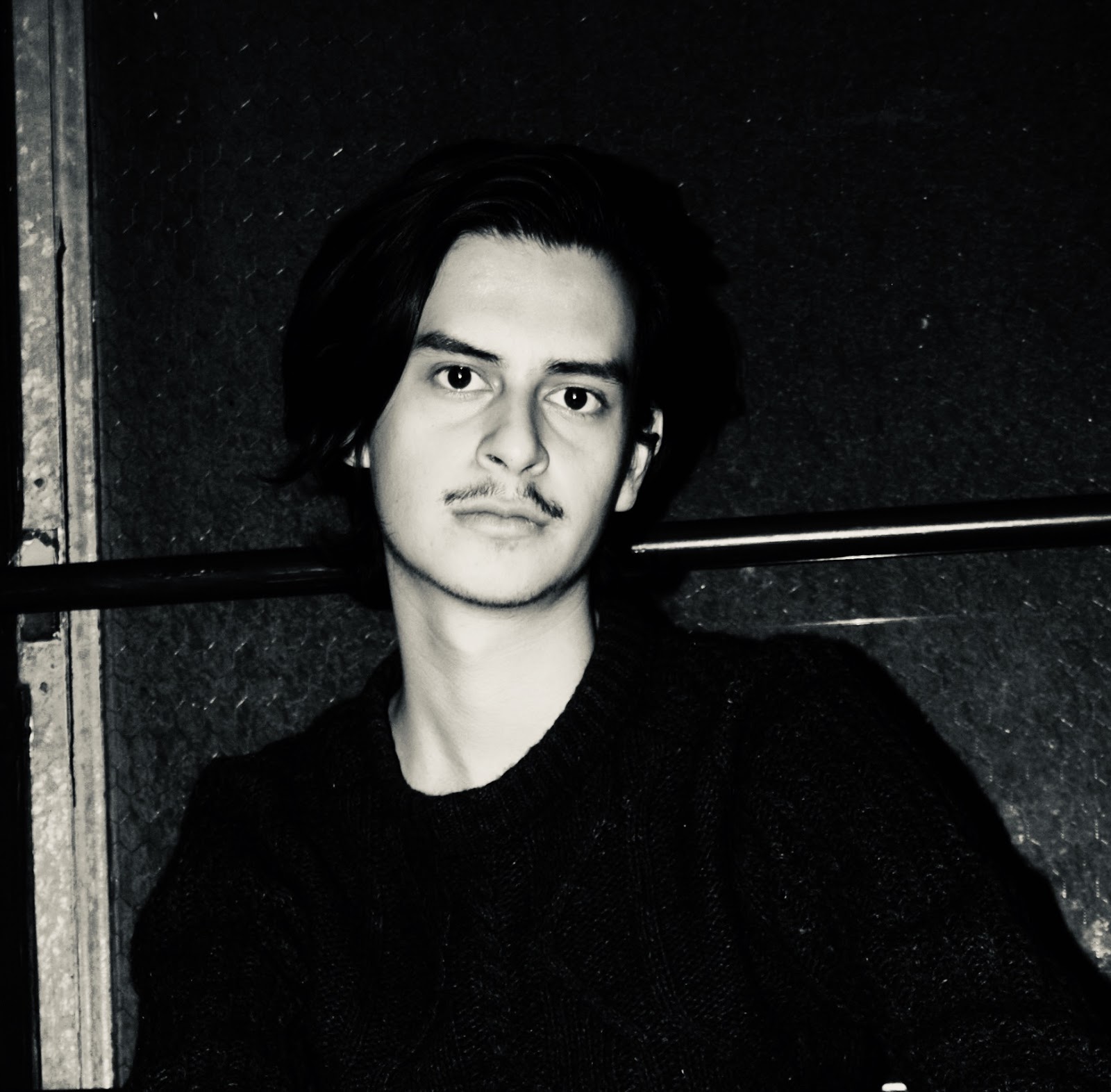 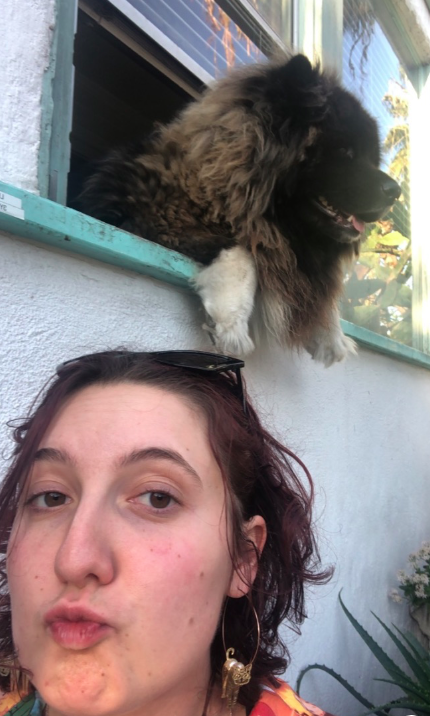 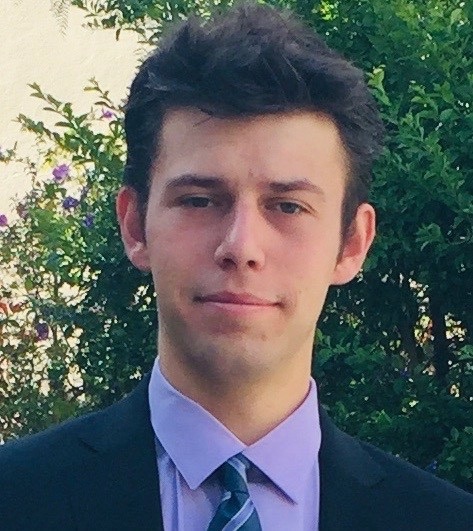 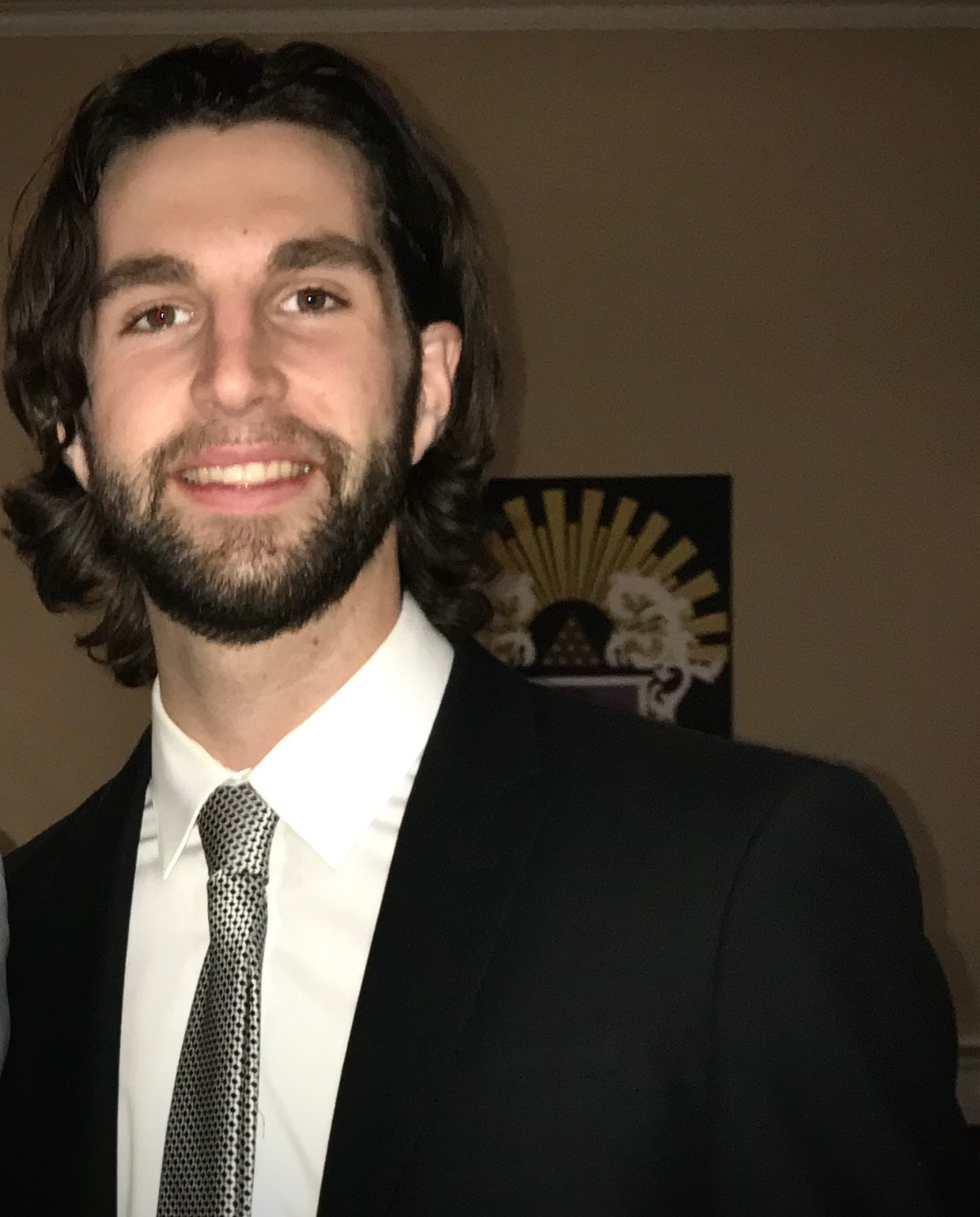 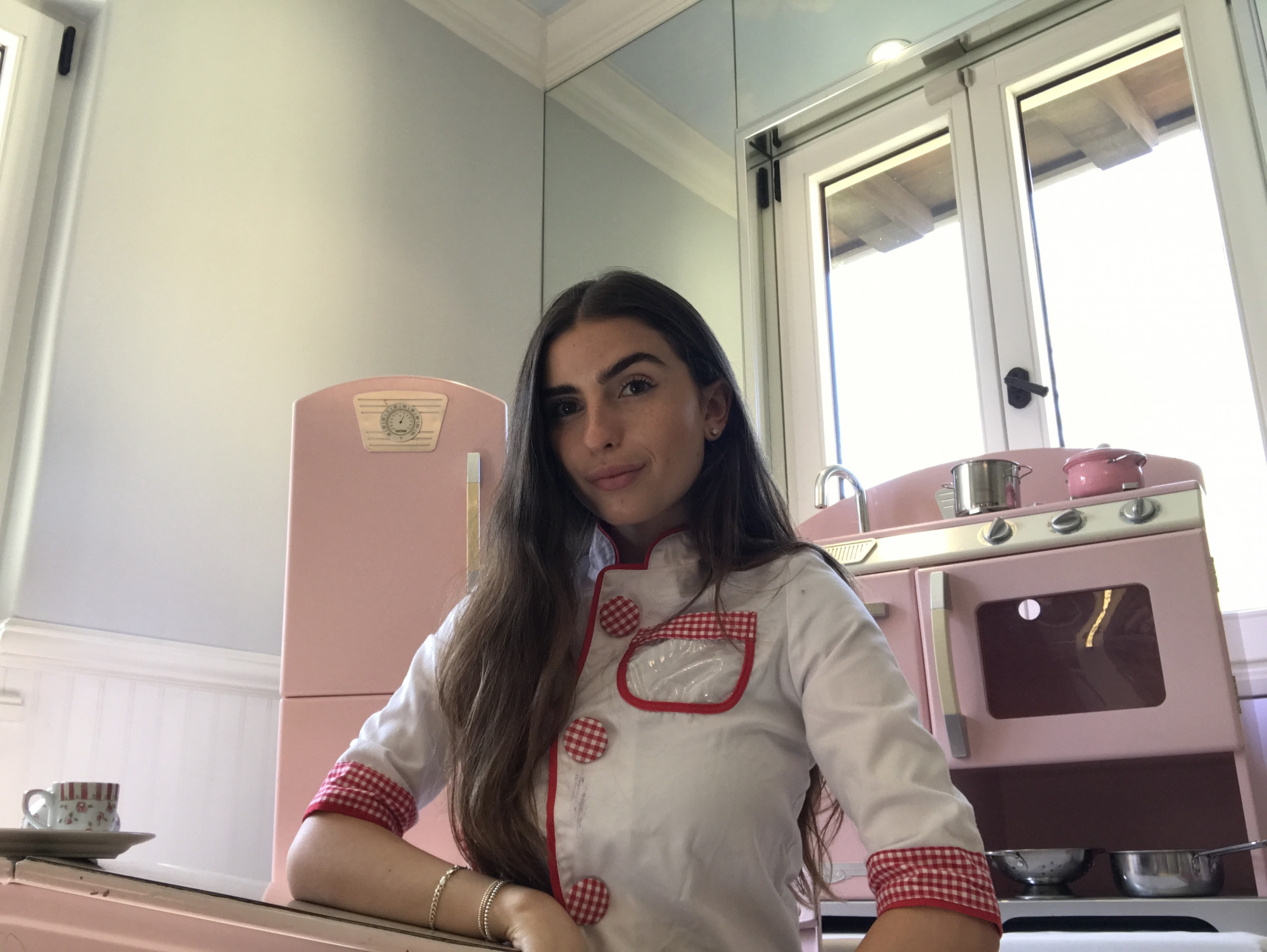 There is no more significant rite of passage in the Department of World Arts and Cultures/Dance than the Senior Project, an opportunity for students to cap off their research on departmental themes. This year’s projects by World Arts and Cultures (WAC) majors cover a huge range of topics, from the culture of meat-eating to the meaning of truth, from Magical Realism to a meditation on allyship, and from an ancient Persian inscription to a consideration of HIV and fraternity culture at UCLA. In each case, these Senior Projects weave together the personal and the political in ways that emblematize the WAC degree's foci on arts activism, critical ethnographies, and visual cultures. It has been an honor for us, as professors in this department, to work so closely with this group of compassionate, talented, and engaged students, and to see their work blossom. In most years, the culminating WAC Senior Projects would be offered at live presentations and exhibitions in Kaufman Hall and elsewhere on campus. This year—tah-dah!—you are invited to participate via Zoom or YouTube. Click on this link to join on Friday, May 22, at 5 pm, and please stay after for a live Q&A.

Lauren Dickstein is a Los Angeles based food activist. As a fourth year UCLA student majoring in both World Arts & Cultures and French/Francophone Studies with a concentration in Culture & Literature, she has been able to analyze America’s nutritional system in the context of her interdisciplinary education. Lauren is incredibly passionate about empowering individuals to make the best food decisions for themselves and their bodies, regardless of what society says to eat. She believes that having access to food is a great privilege, and with privilege comes responsibility. Lauren is also an aspiring lawyer, and hopes to take her work with food activism to the courthouse someday, so that food too can see justice and be accurately represented in the K-12 curriculum.

Rethinking Food is a fun video that aims to unravel constructs of the American diet and inspire conversations around rethinking what we eat. Many people take food for face value and never really question why they eat what they do. Rethinking Food challenges existing ways of eating in regards to animal-based proteins and informs people that a plant-based diet can lead to a whole array of positive benefits— such as higher energy, a reduced risk of numerous diseases, and enhanced physical performance. Dickstein wants to penetrate households with children with Rethinking Food because she believes that children can most benefit from the plant-vantage, which she wishes she had when she was a child.

Ovie Crum is a WAC senior originally from the Bay area. In addition to her time spent at Kaufman while at UCLA, she minored in Labor & Workplace studies. She loves music, art, photography, nature, yoga, and movies. On campus, she served on the Marketing Committee for Coastalong, the Hospital Relations Committee for Message in a Melody, and was on staff for the LA Ski and Board Club. One day, she hopes to swim in the Kaufman pool.

Ovie's senior project's original intention was a comparison of her mother and father's perspectives of her childhood. Due to Covid-19, she was unable to complete her mom's transcription (though she plans to after graduation). Instead, she created a multimedia representation of her memories as influenced by her friends and family. In the future, Ovie hopes to continue telling stories of personal, fictional, and historical change. She wants this and future projects to highlight issues of global stigma and activism.

Keny Sánchez is a Los Angeles based interdisciplinary artist. Coming from a Mexican family, has positioned his artistic practice into a bilinguality and transcultural stance. He draws upon folklore, myth, and folklórico dance styles, as well as Mexican colloquialisms and traditions. Through movement and aesthetic exploration he reconstructs Mexicanidad, putting into question concepts of machismo and nationalism. He alludes to a sense of sensuality reminiscent of Latin-American magical realism to explore liminal spaces and movement. The bodice of his work comprises primarily performance, visual art, and poetic prose.

Ícaro is an experimental film that reconfigures the Greek myth of Icarus and Daedalus to a surreal reflection about migration and trauma. It parallels the father-son relationship of the myth with the inter-familiar relationships of migrant families. The artist draws from his experience as a first generation child in the United States of America, reflecting on how his parents' trauma pre and post migration has contributed to his overall success thus far but has also caused strains at a mental and emotional level. It is through the concept of suspension that he begins to develop a visual language reminiscent of Latin-American magical realism. A surreal rumination on trauma, productivity, and the fear of falling.

Born and raised in the city of Calabasas, California, Jacob has always had a passion for the arts, from the very first time he ever saw someone play the piano. Throughout his youth and young adulthood, Jacob has been a part of several music based organizations, most notably the UCLA Marching Band, and has a burning passion for singing and songwriting. However, during his time at UCLA he would learn a great deal about how the arts can be used as a powerful weapon in the fight against oppression and ignorance, when he joined the UCLA Sex Squad; led by his dear mentor and friend Bobby Gordon to teach young adults about safe sex. Looking towards the future, Jacob is hoping to find employment in the music industry as a marketing consultant, and is currently applying to Cal Lutherans MBA program in order to further his knowledge of marketing techniques.

For my project, I have constructed a 5-6 minute-long monologue that was recorded in my bedroom that details my experiences as an ally and what being an ally personally means to me. At its center, there are three centerpieces that make up the overall "meat" of my monologue, which consist of three different anecdotes about three particular individuals that I have been allies to: my best friend Steve, Kelly from the WAC department, and my recent ex-girlfriend Jenn. Through using these three anecdotes, I hope I was able to articulate my stance on what it means to be and ally and how my experience as an ally has affected my life

Abigail Shayegan is a Senior World Arts and Cultures major at UCLA. She was born and raised in Iran. Abigail and her husband moved to the United States in 2010 and since then have both been pursuing the dream of higher education at the University of California Los Angeles. After giving birth to two amazing children, being a mom has become her first priority in her life, but it didn’t stop her from who she had dreamed to become. She has sacrificed a lot to be where she is today, graduating from her dream major from her dream school. Although Abigail and her family moved to the United States years ago she still feels very connected to where she came from. She thinks the world could be a better place for our children to live if we learn how to respect our differences and how to care about one another.

America and Europe have based their historical view of the Middle East through the unfair lens of Greek. Over time, this has resulted into the fantasy of dividing the world into two groups of “Superior Modern West” and “Inferior Regressive East”. I study the influence of the East in shaping the modern world to resist this fantasy. My written work presents a historical overview of the Persian Empire during Cyrus with the main focus on the Cyrus Cylinder. It discusses the controversial representations of Cyrus, and it views the cylinder as an object and as the first declaration of “Human Right.” It also indicates the use of the Cylinder and Cyrus' legacy in Iran and around the world. In the end, by signifying Freedom sculpture and decoding the cylinder based on Stuart Hall's cultural studies, this my written work evaluates what the Cylinder means for Iranian communities around the globe.

Riley Johnson is a graduating senior in the World Arts and Cultures program with a Global Studies minor, who has been learning how complex societal issues affect populations, both domestic and foreign. One of the major global health struggles, that Riley has personally dealt with first hand, is HIV and the stigma that surrounds the Human Immunodeficiency Virus (HIV). “The fact is that we live in a different world than people did during the height of the HIV Epidemic in the 1980s and what has enabled this great progress is modern medical advancements such as Antiretroviral Therapy and the ability to become undetectable or un-transmittable with HIV.” He hopes to educate people about what it truly means to live with HIV in an undetectable era through the art of storytelling and his personal advocacy work. After UCLA, Riley wants to work in the Event Planning Industry in Los Angeles, eventually pursuing graduate studies and obtaining a subsequent career at an International Non-Governmental Organization on the East Coast.

Project Title: Everyone's Gunna Be Ok, Everyone Has Those Days

Sexual Health education in my opinion is failing our adolescence population in the United States; which is directly fueling negative perceptions about HIV positive individuals. As a young person living with HIV who was diagnosed at the age of 19 , I strive to remedy not only this disinterest in Sexual Health amongst American youth, but I am also determined to disprove and correct these negative, outdated stereotypes by providing my personal comedic narrative concerning my young adult life with HIV.