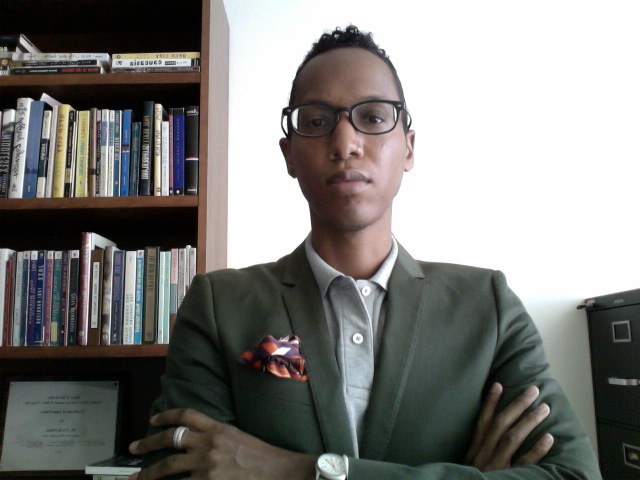 The talk is an excerpt from his second monograph, currently entitled Airbrush, Instamatics, and Funk: Art, Pop, and New York City's Long 1970s. This manuscript examines cross-disciplinary art practices and networks of affiliation among New York City-based artists from the late 1960s to the early 1980s; It reveals how cultural workers in divergent fields worked together to create new aesthetic paradigms through the medium of style.

Uri McMillan is Associate Professor of Performance Studies in the Departments of English and Gender Studies at the University of California, Los Angeles. He is the author of the critically acclaimed Embodied Avatars: Genealogies of Black Feminist Art and Performance (NYU Press, 2015), the first cultural history of Black women's performance art in the 19th, 20th, and 21st centuries. This monograph was the winner of three prestigious book prizes, the William Sanders Scarborough Prize from the Modern Language Association (MLA), the Barnard Hewitt Award for Outstanding Research in Theater History, and the Errol Hill Prize for Outstanding Research in African-American theater/drama, both from the American Society for Theatre Research (ASTR).

In addition, he has published essays in Women & Performance: a journal of feminist theory, GLQ: A Journal of Lesbian and Gay Studies, and ASAP/Journal and articles on Black diasporic artistic production in museum/gallery based publications for the Studio Museum in Harlem, Aperture Foundation, MCA Chicago, and the Brooklyn Museum.

This talk is part of the Decolonial Theory and Practice speaker series organised by Alex Ungprateeb Flynn, Lili Raygoza, and Rashaida Hill. The series approaches questions of decoloniality from the core perspectives that underpin WACD’s research and teaching, including the generation of social theory from cultural phenomena, methodological pathways that emerge from practice-based research, ethnographic conceptualisations of performance and dance, and artistic intervention as transformative gesture.