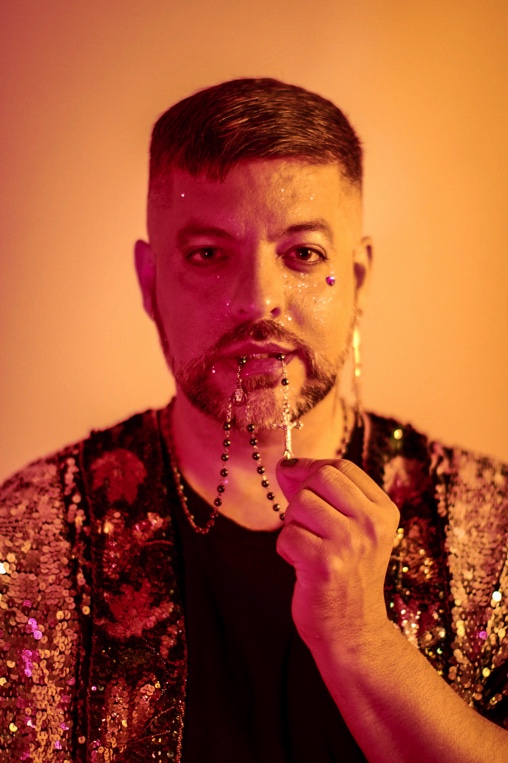 Gutierrez was the 2020-2021 Caroline Hearst Choreographer in Residence at Princeton University, where he currently teaches as a Visiting Lecturer in the dance program. He is also a Guest Lecturer in the MFA Art program at Hunter College. He has served as visiting lecturer and guest artist at Bennington College, CalArts, Hollins University, Yale University, Brown University, Rhode Island School of Design, UCLA, UCSD, and Carnegie Mellon University. He has also taught in many dance programs around the world, such as Movement Research, CAMPING at the Centre National du Danse, ici Montpellier, ImPulsTanz, and Bates Dance Festival. He created and directed LANDING, a non-academic educational initiative.

His work is discussed and featured in Performance Now: Live Art for the Twenty-First Century by Roselee Goldberg (Thames & Hudson, 2018), The Choreographic by Jenn Joy (MIT Press, 2014), I want to understand what is happening to me by Amanda Hamp (TDR, 2016), and All the Possible Variations and Positions by Ryan Davis (Theater Magazine, 2015). He has also contributed essays to A Life in Dance (ed. Rebecca Stenn and Fran Kirmser, CreateSpace, 2017) and In Terms of Performance: A Keywords Anthology (ed. Shannon Jackson and Paula Marincola, The Pew Center & UC Berkeley, 2016). His book of performance texts, When You Rise Up (2009), is available from 53rd State Press, and his essay “Does Abstraction Belong to White People” is one of the most viewed writings at BOMB magazine online.

Recent projects include This Bridge Called My Ass, a dance that queers tropes of Latinidad, and SADONNA, a music project where he takes upbeat Madonna songs and turns them into sad anthems. He also recently published an essay for Current projects include Learn to be a Stranger, a commission from Princeton University, sueño, a new band of his original songs, and Are You For Sale? a podcast that looks at the ethical entanglements between art and money.

Gutierrez received his B.A. with honors from Brown University in 2021 after a 27-year hiatus from college. Currently he is an MFA candidate in Studio Art in the Low Residency program at the School of the Art Institute of Chicago. www.miguelgutierrez.org