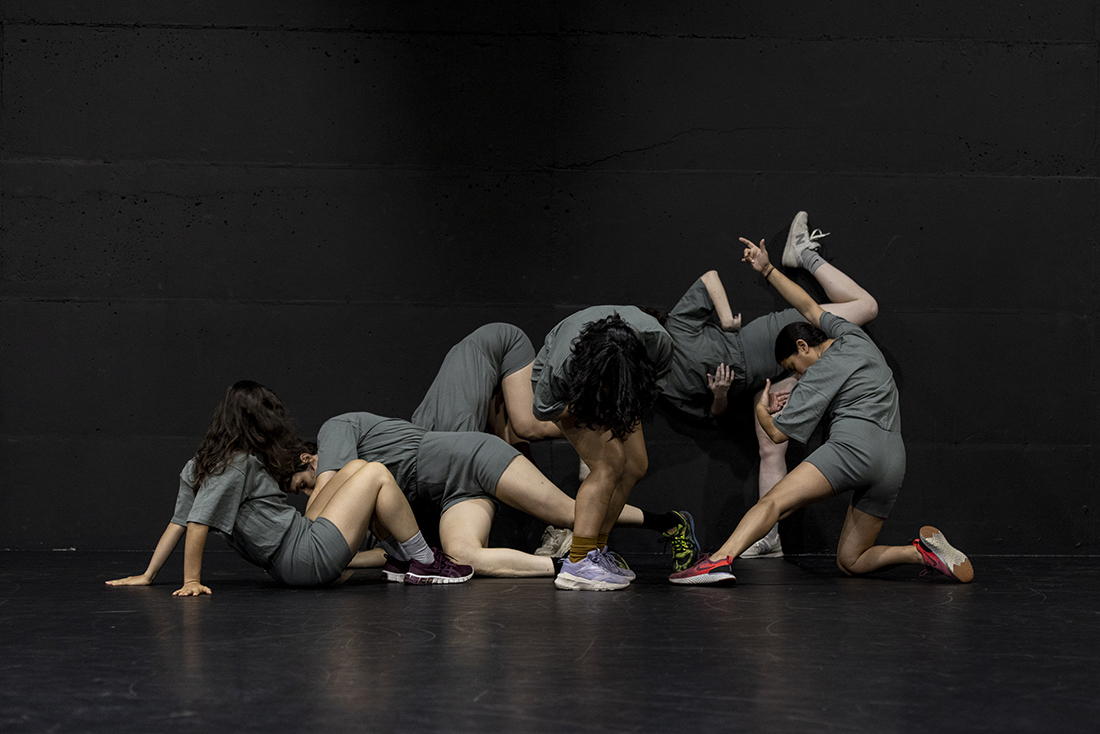 Milka Djordjevich is a choreographer, performer and educator who questions preconceived notions of what dance should or should not be. Her work draws from a variety of compositional strategies to examine gender in so-called “neutral” public spaces of theaters, galleries, and museums.

Her most recent work CORPS–co-commissioned by New York Live Arts and REDCAT with development support from Jacob’s Pillow, the Baryshnikov Arts Center and MANCC–is a continuation of Djordjevich’s ongoing questioning of movement practices, preoccupied with producing neutrality and anonymity and aims to disorient the militaristic conditioning of groups “keeping together in time.” Her critically acclaimed quartet, ANTHEM (2017), explores labor, play, and feminine-posturing, and was developed as a part of a 2017-2018 Princeton University Hodder Fellowship, received a Bessie nomination for outstanding performer and toured across the country at venues such as the LA Dance Platform at the Ghebaly Gallery, PICA’s TBA: 18, Philadelphia Thing, Santa Ana Sites and the Chocolate Factory Theater. Her long-standing collaborations with composer Chris Peck challenge conventional partnerships between choreographers and composers, rediscovering music as a practice of the body and dance as a mode of listening. Their work MASS (2015), premiered at The Kitchen, with additional performances at Show Box LA/Bootleg Theater and the American Realness Festival. Djordjevich’s works have also been presented at the Danspace Project, Dance Theater Workshop, The Whitney Museum, Berkeley Art Museum, and internationally in Austria, France, Germany, Italy, Macedonia, Poland, Serbia, and the UK.

Other projects include serving as co-editor for Movement Research’s Critical Correspondence, initiating the Monday Class series at Pieter in Los Angeles and choreographing and movement directly film, visual art and theater projects. Djordjevich was a Foundation for Contemporary Arts Artist Grant recipient (2020), a two-time danceWEB Europe Scholar (2008/2010) and a Movement Research Artist-in-Residence (2006-2007). She has taught at CalArts, the American Musical and Dramatic Academy (AMDA), Pomona College, Pasadena City College, and University of California at Irvine, Riverside and Los Angeles, among others. Djordjevich received a B.A. from the University of California, Los Angeles and an M.F.A. from Sarah Lawrence College. In 2016, she established STANA, an organization cultivating local, national and international dance connections.