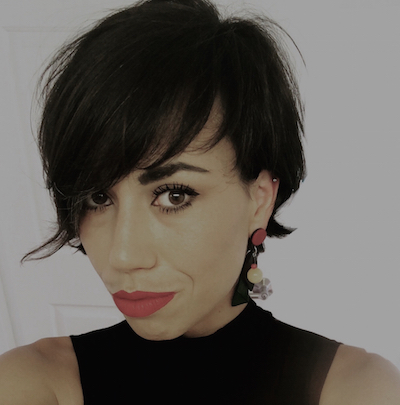 Ana Stojanović follows Ph.D. studies in Culture and Performance at the Department of World Arts and Cultures/Dance of the University of California Los Angeles, USA. Throughout her academic and professional engagement, Ana had the opportunity to explore various artistic disciplines, both in a capacity of a researcher and a practitioner. She is an actress, Serbian and Indonesian traditional dancer and a dance researcher, she continually strives to develop a unique understanding of what it means to be a socially conscious artist. After her bachelor studies at the Acting Department of the Academy of Arts in Belgrade, she was a recipient of IACS Indonesian Art and Culture Scholarship 2013, supported by Ministry of foreign affairs of Indonesia, for studies in the field of Asian Theatre; traditional Indonesian dance; Wayang kulit - traditional Shadow Theatre. In 2016., she acquired her Master’s degree in Dance Anthropology and Ethnochoreology with the Master Thesis “The embodied recollection of the past: Social aspects of dancing and singing in the context of Nostalgia for the former Socialist Federative Republic of Yugoslavia”.

My research focuses on social aspects of mass performances and physical exercises through a case study of “Sokolska društva” roughly translated as Falcon Gymnastic Societies. “Sokolska društva” reveal the links between conceptions of body and physical exercises and the nature of physical, moral and intellectual training for the nation. The revival of these societies and their mass performances led me to question how performance, as an embodied event, might carry on ways of knowing about Post-socialisms that are otherwise overlooked or unexamined. This research will provide an important base for new theorizations of Yugoslav cultural memories since the “Sokolska društva” play a significant role in framing and defining post-war Yugonostalgia and its representations in the communities of the former Yugoslavia.