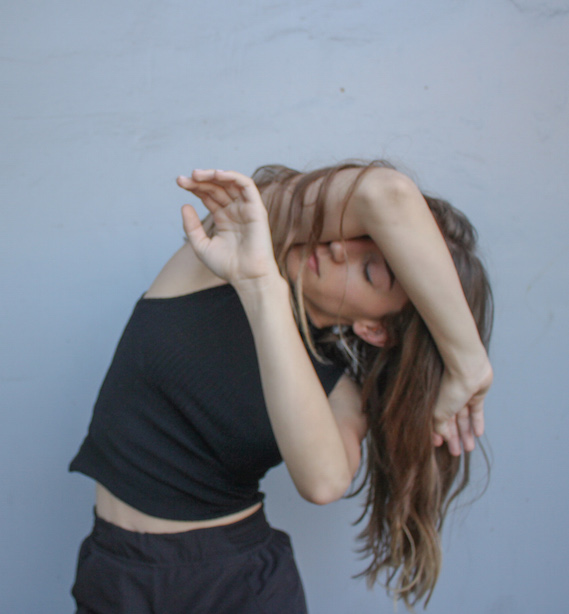 Ashley Allen began her training in Fresno California where she danced professionally with fresNO dance COllective under the direction of Amy Querin. She has since continued her professional career dancing with Los Angeles based company, DANCE AEGIS directed by Andrea Gise, in their second and fourth annual Tethering show. Ashley is a graduate from California State University, Long Beach where she received her BFA in Dance. She has worked with established artists such as Robert Moses, Colleen Thomas and most recently, Dafi Altabeb from Israel in the creation and performance of their individual choreographic works. In the spring of 2016 her piece, Habit of Composure, created in collaboration with fellow dancer Colleen Hendricks, was selected to represent CSULB at the 2016 ACDA Adjudicated Concert and was chosen for the conference gala. She has since created work for Highways Performance Space during Summer of 2018 concluding their NEW SHOES dance series, and has worked as a guest teacher and choreographer for a variety of events and performances. Currently, Ashley is studying at UCLA to receive her MFA in Choreographic Inquiry and teaches Modern Dance, Improvisation and Dance History at California School of the Arts- San Gabriel Valley. She looks forward to building new connections for future choreographic and performance opportunities.