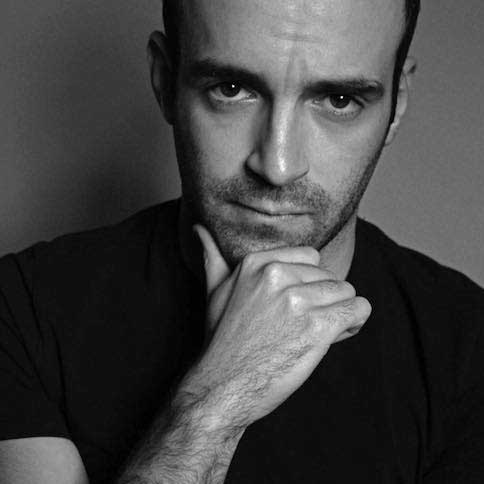 Filip Petkovski is a dancer, dance scholar, dance instructor, and theatrical director from Skopje, Macedonia. He graduated from a performing arts high school where he studied dance heritage and ballet, and continued dancing for the ensemble for Eastern European folk dances and songs- Tamburitzans, based at Duquesne University where he studied theater arts. He has performed quite extensively throughout Europe, The United States and Canada and taught many workshops on Macedonian and Eastern European dance heritage, while he also choreographed for various ensembles. Moreover, he has directed eight theatrical productions in Macedonia, Norway and the USA and focuses on American drama from the 20th century. Filip has explored different approaches of staging and choreographing dance in Macedonia during his Master studies of dance anthropology and ethnochoreology at the Choreomundus program: International Master of Dance Knowledge, Practice and Heritage, through a consortium of 4 European Universities: The Norwegian University of Science and Technology based in Trondheim, Norway; Universite Blaise Pascal based in Clermont- Ferrand, France; Szeged University based in Szeged, Hungary and Roehampton University based in London, United Kingdom.

As a Ph.D. candidate, he is working on his Ph.D. dissertation project entitled "From Community to Humanity: Dance as Intangible Cultural Heritage" and he analyzes the historical process of recontextualization in three social dances and how these dances are used as mediums for imagining and local, ethnic, and national identity through UNESCO’s Representative List of Intangible Cultural Heritage of Humanity. He is the recipient of several scholarships from Duquesne University, The European Commission and UCLA. Filip is now working as a Teaching Associate at the WAC/D department, but has also worked at UNESCO and for the Embassy of Macedonia in the United Kingdom, focusing on cultural policy and art and cultural management.

Petkovski, F. (2016). Crnogorka- the dance that does not exists. Institutionalized folkloristic and ethnology in Macedonia and Balkans – theory and empiricism. Institute for folklore Marko Cepenkov. Skopje, Macedonia. pp. 369- 378.

Petkovski, F. (2017). UNESCO and the notion of “staged rituals”- The case with The National Ensemble of Folk Dances and Songs of Croatia LADO. Proceedings of ICTM’s Study Group on Music and Dance in Southeastern Europe: 2016 Symposium – Blagoevgrad, Bulgaria.