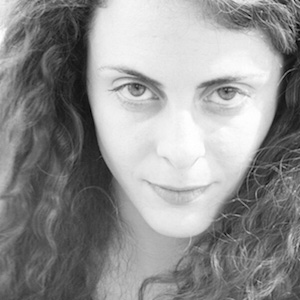 Marianna Varviani was born in Athens, Greece. She has worked in the U.K., Brazil and Greece as an actress, dancer, director, choreographer and teacher. She is a co-founder of Ha! Theatre Ensemble and Selcouth co. Marianna has studied Contemporary theatre in East15- University of Essex. She has trained with, amongst others: Augusto Boal, Patricia Apergy, Hofesh Shechter Company, Akram Khan, Fighting Monkey, ‘Nama’ theatre group, Song of the goat, Para-Active and British Grotowski project, Yumiko Yoshioka, Maxine Doyle, Florentina Holzinger, Ria Higler, Michele Rizzo. She has worked in performances with: Brian Astbury, Uri Roodner, Ken Cambel, Ian Morgan, Tobby Clarke, Patari Project, Stella Spyrou, Murto Delimichali, ‘Ohi Paizoume’ and others. Within Ha! Theatre Ensemble she has collaborated with performers and performed/produced: ‘Star-trip’, ’The age of the Woodcock’, ‘Colorful Water’ and ‘Super Sweet Pergamond’. Within Selcouth co. she has choreographed ‘Vortex’ and ‘Ahtikos_ a danse of liberation’. ‘Vortex’ was performed as a work in progress at ‘Arc for Dance Festival’ in May 2015, at the ‘European Dance Network’ as a site sympathetic piece for the ‘Silent Walk’, as a whole piece at Sygrono Theatre and at ‘Our Festival’ in Athens during 2016-7. ‘Ahtikos_ a danse of liberation’ was performed in ‘Arc for Dance Festival’ in May 2018 as a part of ‘Prime Movers’.